The Aqualite Outdoor range of anti glare films, anti reflective filters and protective coatings are for TV display screens of all sizes. Easy to install, this anti glare film creates a non reflective screen and can eliminate over 90% of the screen reflection without reducing the quality of the HD picture. Apply to any glass surface, the film will remove unwanted reflection & glare as proven in the video & pictures below

Many Plasma, LED & LCD TV screens have shiny glass screens designed to make the picture look great – specifically in dark rooms. Unfortunately, if the TV is in a bright room or a conservatory it it can show reflections from doors, windows, the sun and indoor lighting. This can often make the TV unwatchable during certain times of the day. 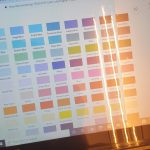 On the right hand side of the laptop screen is our applied Aqualite AR film & if you look closely u will see the fine line of the cut film down the centre of the screen.

Close up on the laptop showing all 3 bright rear LED lights reflecting from the laptop. Look at the top of the photo so see the AR film line 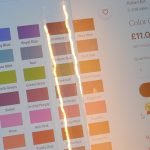 We’ve used a colour chart so you can see the difference between the colours & any minimal colour degradation coming from the screens image.

As the camera angle is moved slightly one LED light disappears as it enters the AR film but the 3 bottom parts of the lighting can still be seen. 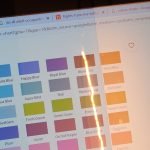 Moving slightly more right with the camera into the AR film the 2nd LED bar of light disappears.

Custom made for your TV screen – Don’t change the aesthetics of your TV with a bulky aftermarket shield or ruin your screen with a non glare spray. Aqualite Anti Glare Film is applied directly to your TV screen and is designed to stop screen glare and reflection without hurting your HD picture or your TV.

Helps protect your TV screen – Help maintain the life of your investment by protecting your TV’s irreplaceable screen. Not only will Aqualite Anti Glare Film screen fix the glare problem with your TV but it will also help protect your screen from scratches and keep it clean by blocking out dust, dirt and debris.

Easily remove anytime – Although the Aqualite Anti Glare Film adheres to your screen and will stay there as long as you want it to, don’t worry about it damaging your screen if you ever want to remove it. The special backing on our film will keep the screen in place but will never leave any residue or tear when removed. Simply peel the film away from your TV. You will not be able to tell it was ever there.

Please TEXT or CALL us on WhatsApp if you need some help?